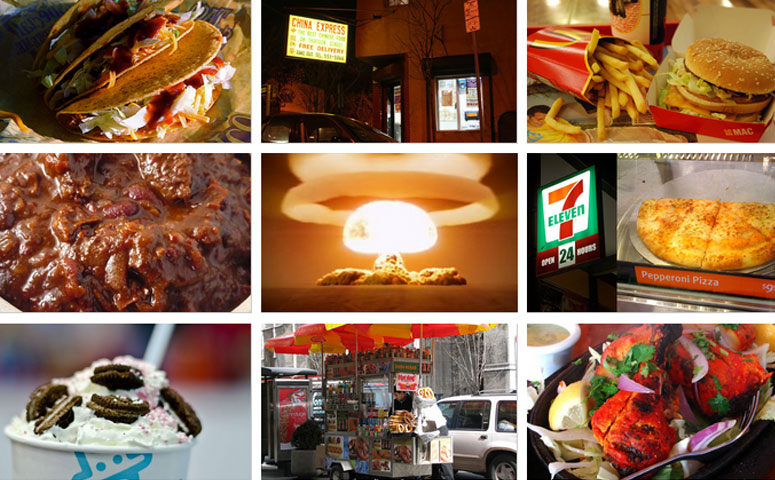 Imagine skipping along whistling as you are essentially having the best day ever. The birds are chirping, the weather is a perfect 72 degrees, hey, you even see a rainbow in the sky…what could possibly go wrong huh? Well, what happens next is what nightmares are made of. Ladies and gentlemen, I present to you the thing called bubble guts.

Bubble guts by definition is “The noises made in your stomach when you’re a** is about to burst due to a case of explosive diarrhea”. This is some real life agony that many people experience on a daily basis. But before I foray into the elegant cuisine that causes such gastronomical delights in your stomach, I will first look at the 5 stages that of emotions and body actions that takes place when you know you have the “B.Gs.

The first sign that you will possibly have problems with bubble guts is the miniscule bubbles you feel popping and floating around in your stomach after you have eaten something that you probably know you shouldn’t have. These bubbles cause you to wince, twist and sometimes they even reach your butt, resulting in putrid farts. Once the rumbling begins, then my fraid, trouble is just around the corner. Good luck if you are at work or in a public place. If there is no quick relief from the symptoms, then in a couple of minutes it could be all over…not in a good way. 🙁

Once those pesky little bubbles start doing somersaults in your stomach, you are going to have to break out into super concentration mode.

It’s not looking good guys. If you begin to sweat, just know that the body is not only in panic mode, but there are a bunch of different actions that are taking place.

All of this is very stressful on the body. Mix that with nerves and concentration, trust me the body is going to be on edge and you sweating like a pig.

If you feel the urge to run to the closest bathroom, then my friends, you are at the point of no return. Sometimes the brain tricks you and you get into full stride, only to feel the bubbling subside. However, 99.9% of the time, once you begin to run, your brain realizes you are on the way to the toilet and decides that now is the time to basically let you lose control. You clench with all your might, pray that you are able to make it to the john with no leakage issues and also run like the wind.

KABOOOM! Hopefully you have made it into the bathroom, as this is the final stage and there is really no turning back right now. Hopefully it is the type of bubble guts where it is like opening a faucet and all hell breaks loose, then that can be managed. The main focus is delivering the payload into the white porcelain throne as best as possible.

But for those of you who have that bubblegut explosion

I won’t get into much detail here, as it may bring back bad memories for some. But when the violent earth shattering bombs drop, you are brought to a place in your life where………….I’ll just leave it alone.

Ok, so now that I have highlighted the 5 steps to Diarrhea, now we look at the Top 10 foods that cause serious and debilitating bubbleguts.

The word bubble guts and Taco Bell go hand in hand. This is food that is so tasty, yet disgusting. Has some of the best flavor combinations in the world, yet disgusting. Food that uses fake meat that tastes like it is sprinkled with crack, yet it is disgusting. All I can say is that Taco Bell is one of the wonder foods of the world. The Chalupas, burritos and soft shell tacos all go hard and just about anyone who gorges at this fine eatery will already know that there is a 75% probability that you are going to be letting out squirts in a couple of hours. Is it worth it tho? Hell yea, many take that probability and laugh in its face. What is life without a little bit of danger.

They say the way to a man’s heart is through his stomach and that has got to be some of the truest words ever written, HOWEVER, if the woman can’t cook, it can also be the quickest way to the bathroom. It could be the new girl you are dating, your steady girlfriend or even your lovable mother in law, but if they have no clue what they are doing in the kitchen, best believe you better have some Pepto Bismal on standby. Struggle plates, unnamed slop, attempts at fine cuisine can all have you get instant diarrhea, just by looking at it.

McDonald’s is another guaranteed stomach turning, running to the bathroom experience. You know it is absolutely awful, but yet you still choose to indulge in such food that not even pigs would eat. But once you see those Golden Arches, it is like all sensible reasoning goes out the door. You order 2 all beef patties , special sauce yes please, throw in a couple double cheese burgers, chicken sandwiches, apple pies, then and then the fun begins! Yes you will be experiencing bubbleguts, some people instantly, but yet McDonalds somehow is one of the most visited restaurants in the world.

If you enjoy bubble acrobatics in your stomach as well as a rocking good time on the toilet, then go ahead and have a nice thick, sweet and ice cold milkshake. Maybe it is due to the fact that so many people are lactose intolerant, but a couple of sips of that frozen delight and the stomach will be rumbling in no time. But will milkshakes stay on our do not eat list! Hell-No!

5. Hole in the Wall Chinese Food

Hole in the wall Chinese food spots are found in some of the deepest and darkest corners of the city. The food is cheap, absolutely tasty and guaranteed to give you the bubble guts. If you go with the 2 fried chicken wings with lo mein, or the thing that looks like beef and broccoli, I can bet you a nice crisp $100 that you will be dropping Hiroshima type bombs in a couple of hours. But this cheap Chinese is always greasy and good, totally worth the trauma that comes from eating it.

Chili Con Carne for many, delivers epic bouts of flatulence thanks to the wonderful beans that can be found simmering in this spicy goodness. There are some people who a couple hours after eating a nice bowl of this stew, have to run to the bathroom for dear life. Chili and bubble guts are real and the BIG NEGATIVE is that your butt will be feeling the burn with all that spice.

Greasy, unhealthy, questionable freshness, absolutely amazing and most certainly guaranteed to have you doubling over in pain and making emergency runs to the bathroom. You can enjoy a wide selection of nasty delights from sloppy burgers, hot dogs, tacos with debatable meat, pizzas and even sushi. These foods all come in handy when you need a quick bite that is cheap and delicious. If you are on a road trip, I would say pass on that as it will lead to some epic bowel movements.

Have you ever wondered why some people after drinking a cup of coffee, immediately run to the bathroom? Well the caffeine is known to be a powerful diuretic and for some people, no matter the circumstances, they are just going to have bubbleguts. The good thing is that some people know that they are unable to handle coffee and as such they are more prepared for their bathroom adventures ahead of time, compared to some of the other foods on this list.

Spicy goodness that is sure to be digested by the stomach then shot through your intestines likes a bat out of hell. It feels going down, but you should not only prepare for instant diarrhea, but also bubble guts that make your bum burn with the intensity of what feels like the sun blazing down on your bare skin in the middle of the Sahara. That Chicken Tiki Masala, Rogan Josh or Tandoori Chicken plus more are all worth the torture of stomach gymnastics and fiery bathroom loads; even though I am pretty sure your butt would not agree.

When you really sit and think about it, some street food is pretty disgusting. You have all this dust and urban matter floating around and landing nicely on your food of choice. I guess it all adds to the flavor or maybe all of that is what makes you run to the bathroom after eating street food.  It is usually not the calm the regular diarrhea, but some epic levels of pain, nastiness and outright sorrow. Will that stop you from wolfing down a nice hot dog, corn on a stick, watermelon or whatever ethnic food that maybe simply calling your name? I think you know the answer to that question, so I won’t even continue.

If you guys can think of anymore gut busting food that should be on the list, let me know in the comments below.

The Best Way to Drink a Corona Beer How to Thaw Bacon Quickly & Safely: The Definitive Guide