Home >> Food >> Food Measurements >> How Many People Does a Large Pizza Feed? 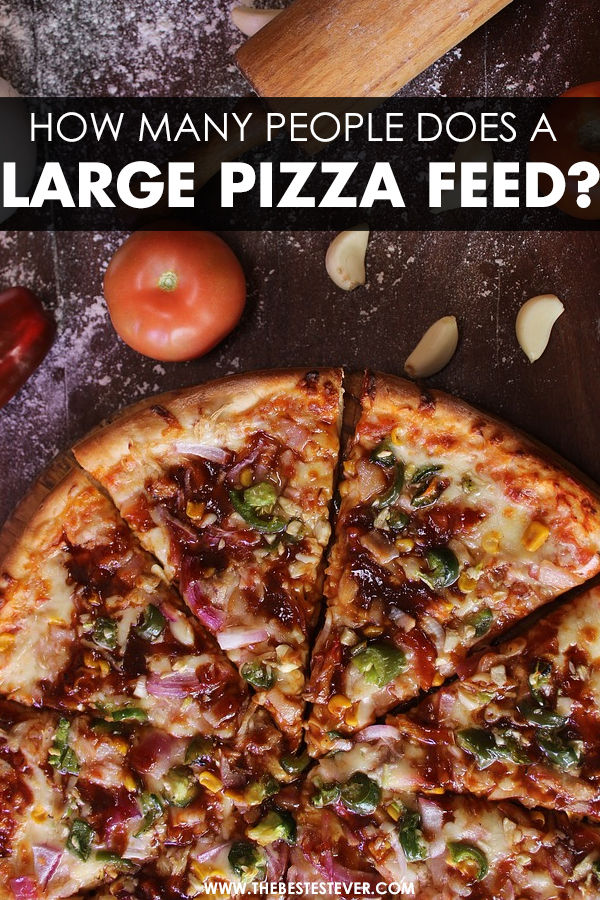 Large pizzas can vary in size depending on the restaurant or pizzeria, or even the country that you live in. However, in the majority of cases, large pizzas typically measure 14 to 16 inches in diameter and contain 8 to 12 triangular slices. Square pizzas usually hold 10 to 12 slices.

Typically, a restaurant bought 16 inch large pizza will feed between four and eight people. Of course, that will depend on how many slices each person eats.

Homemade pizzas, on the other hand, tend to be smaller in size but also denser. Popular brands such as Chef Boyardee Pizza and DiGiorno Rising Crust Pizza will make about eight 4-ounce slices. Since the average adult will eat two to three slices and children will eat one to two slices each, homemade large pizzas can usually serve four to six people. 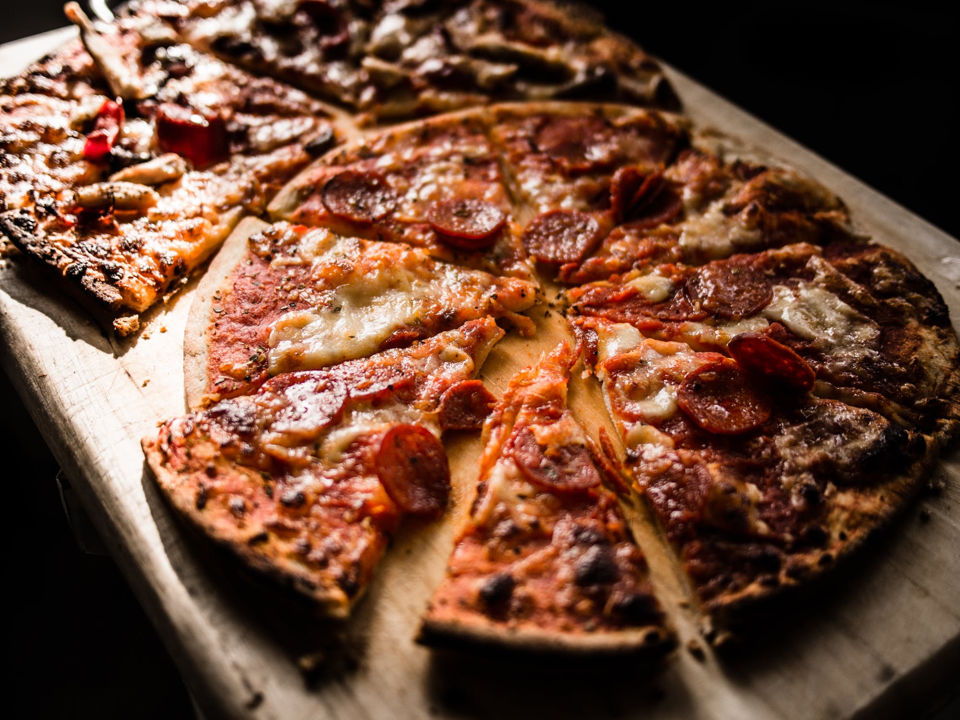 Again though, the amount of people fed will depend on the make-up of the family. A family with smaller children will get more servings out of their pizzas – whether store bought or homemade – than a family with mostly adults or teenagers.

As such, if you happen to be planning a party, where pizza will be the main course, remember to consider the appetites, ages, and dietary restrictions of each guest, as this will help you to determine how much you should make or order. Also, be mindful of whether other foods will be available at the party or whether pizza will be the main meal.

How Many Pancakes in a Short Stack & Full Stack?

How Much is a Serving of Blueberries?

How Much Applesauce Equals One Egg?