Mason jars are the newest craze in the food storage industry. Not only are they cheap and durable, they are extremely convenient and useful in displaying a variety of meal ideas. Mason jars are also extremely portable. They conveniently fit into small spaces and can be used to store fruits, soups, stocks, ice cream, yogurt and even full meals on the go. When it comes to meal prep, Mason jars are the best way to layer meals for those who lead a busy lifestyle. But how do you reheat these meals on the go? Is it necessary to transfer to another container? Mason jars are glass and these are microwave safe right?

The Real Question is, is it Safe to Microwave Mason Jars?

The answer to that question is yes, but there are some caveats. 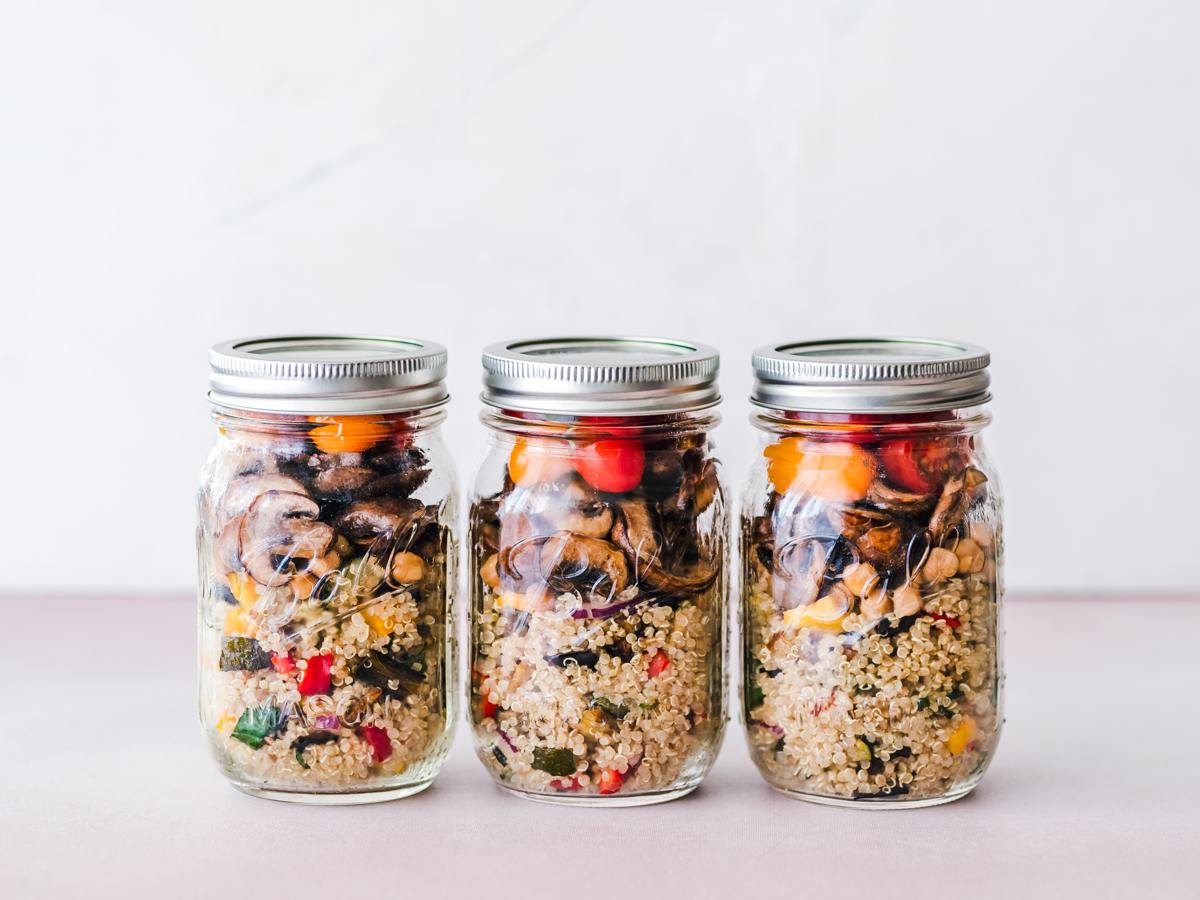 Before We Get into It, Let’s Take a Look At What Mason Jars Are.

Mason jars are not a new product, but because of the DIY (Do It Yourself) trend that has emerged on social media and video sharing platforms, there is a renewed interest in the product. Simply put, mason jars are wide mouthed glass jars that were originally used for canning. History says they were invented by a Philadelphia tinsmith named John Landis Mason. He is said to have named the jars after himself and patented the design in 1858. He unfortunately sold off the patent before the design took off.

The first people to capitalize on the Mason jar design were the Ball brothers in 1884. The Ball Mason jar brand is still one of the most popular today.

They’re sold in a variety of sizes and shapes and have even transcended the food industry. Mason jars are now widely used in the Cosmetics and other industries.

Should You Be Microwaving Mason Jars?

So we’ve already established that Mason jars have been around for a long time and are an excellent food storage mechanism. Since glass is non-reactive, you can for the most part safely heat food in a Mason jar inside your microwave.

There are some points to note, however. The first and one of the most important factors to consider is the age of the jar. Many older jars are unsafe for microwaving as they were not made with this purpose in mind. They may easily shatter under high temperatures.

A second factor to note is whether or not there is a microwave safe symbol on the Mason jar. Most modern Mason jar manufacturers will place this symbol on their product to save you the hassle of testing and wondering. Note, however, that the lack of a sign does not mean the jar is unsafe. What you could do to test the jar, is to microwave it in 30 second intervals to see if any cracks develop.

Side Note: If your jar was previously frozen or stored in the refrigerator, then special care will have to be taken for microwaving. Glass, as a material, generally does not flex well. That is, it does not contract and expand as easily as plastic does. As such, it’s key to never put a fully frozen Mason jar into a microwave oven, because as glass heats, the heated portion of the jar could expand and shatter under stress. To avoid this, run tap water over your frozen jar for a few minutes before popping it into the microwave.

So What’s the Verdict On Putting Mason Jars in the Microwave?

Mason jars are definitely a top candidate for microwaving once it is done the right way.

The right way includes remove the lid, screw top and any other metal parts that may be attached to the jar.

Finally, be very careful about handling Mason jars that are fresh out of the microwave! They will be extremely hot and steamy. To avoid being caught off guard and to prevent burns, use an oven mitt or thick towel to remove your jar from the microwave. In addition, allow for the contents of the jar to cool off for a few minutes to avoid burns to the mouth.

Can You Microwave Glass?

Can You Microwave a Yeti?

Can You Microwave Tupperware? (Is It Safe)

Can You Microwave Styrofoam?