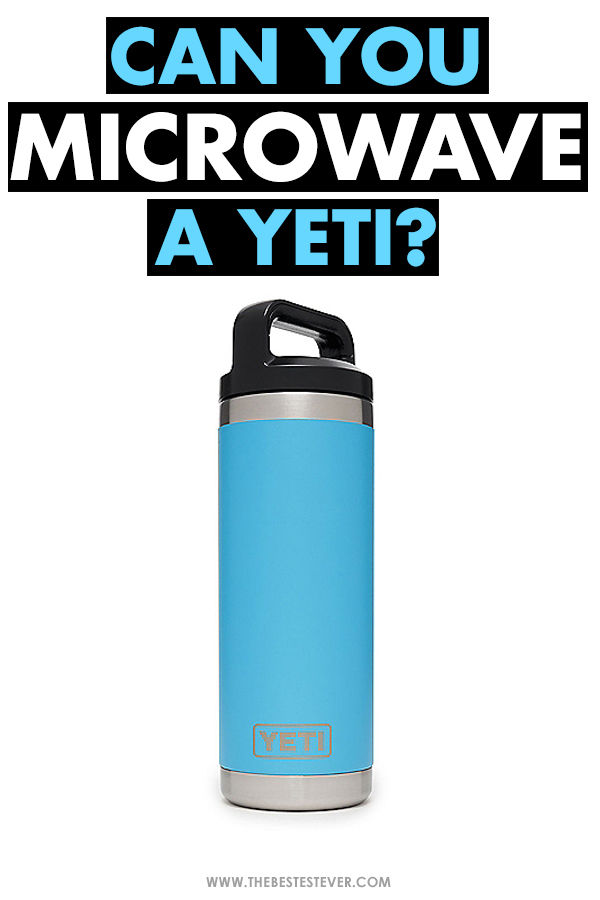 Yeti cups have been the rage in the American society for at least a few years. From offices to schools, to shopping centres and everywhere else in between, the insulated cups can be seen peeking out of bags, shopping carts and hands of all sizes, ages and colours.

Fans of yeti cups swear on their ability to keep beverages hot or cold for hours and even days. They have become so popular that they are now somewhat of a statement piece, and is priced to back this up. Purchasing a yeti cup can set you back at least $40, sometimes even as high as 50 bucks.

Can You Microwave a Yeti?

But back to the question at hand, should you be microwaving your yeti cup? At that price point it should be able to hold up right?

Well, not quite. Continue reading as we explore whether or not you should be reheating beverages in your yeti cup.

But Firstly, What Is a Yeti Cup?

For the not so cool among us who haven’t yet caught on to the craze, yeti cups or ramblers as they’re called by some, are derived from the earlier innovative product the Yeti cooler. The Yeti cooler is an advanced cooler that was created by fisher folk for keeping their supplies and catch cool for extended hours. The Yeti cooler was developed to prevent fishing supplies and the resulting catch from going bad on long fishing trips.

The Yeti cup was born from the same idea. Simply put, a Yeti Rambler is an insulated cup, with stainless steel on the outside. The original Yeti website says the Ramblers are ‘made from 18/8 stainless steel with double-wall vacuum insulation’.

Should You be Microwaving Yetis & What Could Happen If You Do This?

Now having noted that the Yeti cup or Rambler is made of steel, it’s not advisable to microwave it. Placing any type of metal in a microwave is something that’s cautioned against and this is because of the science behind how microwaves work.

Microwaves utilize radio waves to heat the food or beverage placed inside it. While materials such as glass allow the heated waves to pass through and on to the food or liquid inside them, this is not the case with metals. So a stainless steel cup such as a Yeti will reflect the waves which create a dangerous situation that can cause sparks which could lead to a fire.

In addition to being made of metal, the irregular shape of the Yeti Rambler means it has a higher chance of reflecting radio waves, thereby increasing the likelihood that it would damage the microwave. The thick insulation that characterizes the Yeti cup also means that the liquid inside would largely remain largely unaffected by the heat waves being given off by the microwave. Note that the cup is built to maintain the temperature of its contents despite the environmental temperature around it.

So What’s The Verdict?

Can You Microwave Aluminum Food Containers?

Can You Microwave Glass?