Home >> Food >> How to Wash Fruit/Vegetables >> Should You Wash Salmon Before Cooking It? 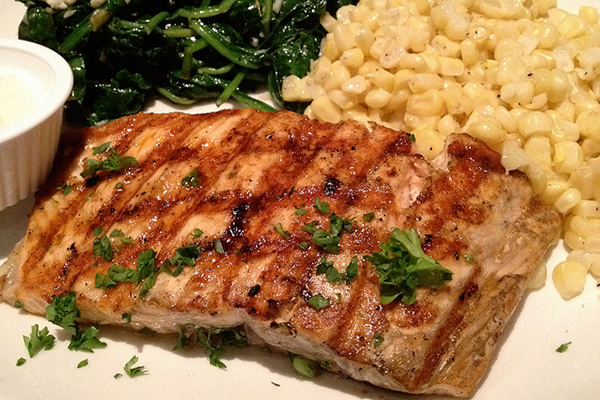 I am pretty sure you want to know if you should wash salmon before cooking?

While there are differing schools of thought, I will highlight both the no and yes answers below.

Should You Wash Salmon Before Cooking It? (No/Yes)

I would say a resounding no, when it comes to washing your fish before cooking it, but I will examine the two schools of thought.

No: Do Not Wash Your Salmon Before Cooking

This is the most common answer, even from the United States Department of Agriculture (USDA). They have stated that for food safety reasons, you should not be rinsing raw meat, poultry, seafood and fish as this does not help in removing the bacteria.

In fact, washing the salmon doesn’t help to clean it, but instead increases the possibility of cross contamination. When washing the salmon, bacteria from the raw juices could splash on other foods, surfaces and utensils.

From this point of view, you can be doing more harm than good.

As it relates to bacteria, once you cook the salmon to the safe minimum Internal Temperature of 145°F (63°C), all the bacteria should be destroyed.

Yes: Wash Your Salmon Before Cooking

There is a sub-section of people who believe you should wash your salmon before you cook.

This is not necessarily to remove bacteria, but for other reasons.

On the popular questions and answer site, Quora, user Chuck Anderson explained why it is a good idea to wash your Salmon if it is not fresh, but has a little age to it.

In that same thread, other users chimed in explaining that the reason to wash the fish is not to remove bacteria, but to remove things like fish guts, scales or other things that might have found its way onto the salmon while in the fish market.

It is unnecessary to go about washing your salmon before cooking, as the cooking process, if done properly should kill the bacteria that causes food-borne illnesses.

You can wash the fish if you feel that it might be coming from somewhere not so clean and you would like to remove things like scales, fish guts and other matter.

How to Reheat Smoked Salmon? Should You Wash Bananas Before Eating Them?