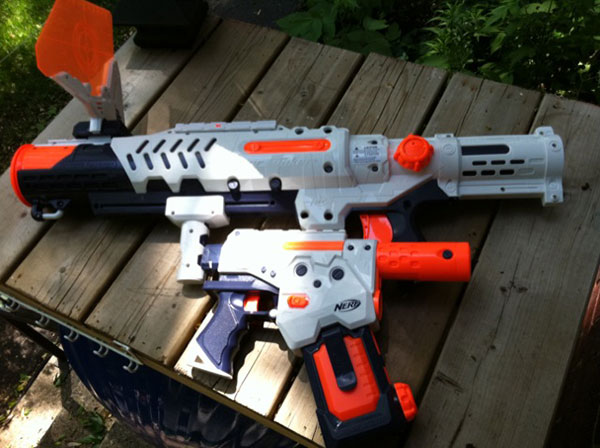 There is nothing better than water war on a hot and sunny day. You get to break out the super soakers and just have fun for hours. For those of you who are looking to getting a water gun and would like to know which ones are the best, then it is a good idea to look at the list below. I will highlight the best super soakers for 2012 and give you a quick overview as to why each one is so awesome. 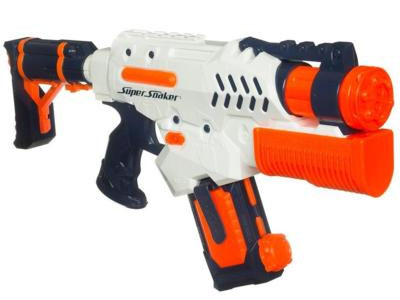 If you’re looking to soak your enemies, then the Nerf Tornado Strike is by far the best super soaker available. This is a pump action gun that has a great firing power, as well as excellent range. What makes it stand out from the other guns is the fact that you can switch out the magazine clips to reload. This means that if you are running low ammo, all you have to do is switch it out and you’re back in action. What’s also cool about this particular gun is that it has a spinning barrel, which means more water, which results in a soaking wet target. 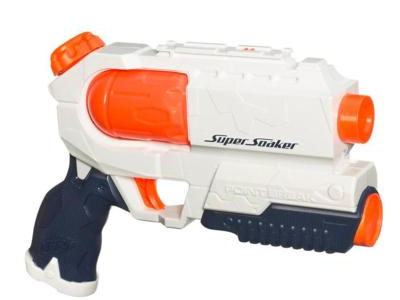 Don’t let the small size fool you. Although the Nerf Point Break is a pistol, it is still pretty awesome. This is a pressurized soaker that has great distance and excellent soaking power. Even though it does not hold as much as some of the other models, do not let that be a turn off. You can move in to soak your opponents up with ease. 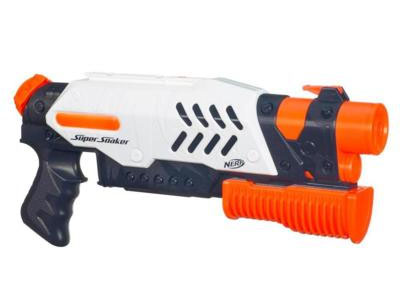 The Scatter Blast is a shotgun style design water gun that looks amazing and is pretty good at soaking your target.  It is a pump action gun and you will have no problem getting off a good stream of water, with just pump. The large storage capacity means you will not be running out of ammo anytime soon, so you will have a good command of the battlefield. 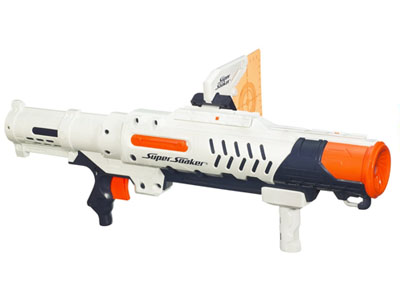 The Nerf Hydro Cannon is the big boy on the block. If you want to get everyone wet from a far distance away, with a big burst of water, then the Hydro Cannon is a great option. It is a great gun, but the major drawback would be the amount of pumps it takes to fire off a blast. You are going to have to pump this 20-22 times if you want to get that epic shot. That’s a lot of pumping and the arm is essentially going to get tired. It is good to have as a part of the arsenal, once you have other quick action guns available. 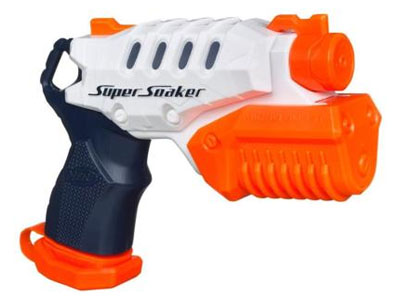 The Lightning Storm Microburst is the smallest and cheapest Super Soaker available. This pistol styled gun will not hold a lot, but it can get your opponents soaking wet. If you are looking for a small and cheap gun to add to your arsenal, you could consider this. 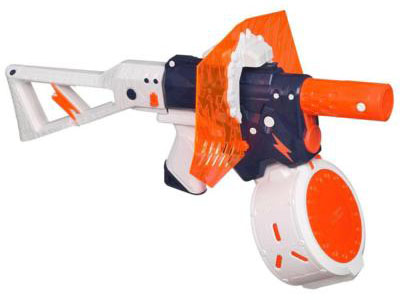 The gun has excellent storage, looks really great, BUT!!!! The firepower is mediocre to say the least. It is a battery powered gun that will give you up to 25 feet of shooting power. Even though the distance is great, you definitely will not be soaking your friends with water, like some of the other guns above. 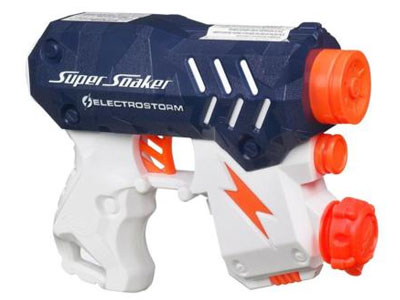 This pistol styled gun makes the bottom the list simply because of its low capacity and the fact that it is battery operated. Some people love the battery action over the non-pump action, however anything with electronics tend to go bad after a while. If you’re willing to look past that, then you will be able to get a great pistol that will work as a trusty sidearm.